At OMB, advocacy runs deep. Three levels deep. Your membership supports not only action at the local level, but at the state and nation levels as well. Here is a quick glimpse at ADVOCACY IN ACTION at all three levels of government!

Whether an issue is about zoning, building codes or permitting, the Olympia Master Builders works to protect the interests of our industry and our members. Our objectives are to be proactive in the policy and regulatory process, make sure lines of communication are open between the industry and local government, fight unfair and costly regulation, and develop predictability in regulatory requirements so that businesses can operate as effectively as possible.

A couple of this year’s issues:

BIAW’s Government Affairs Program exists to defend affordable housing for the citizens of Washington state. BIAW’s team of lobbyists work on members’ behalf to pass pro-housing legislation and defeat bills harmful to the housing industry. BIAW and BIAW’s political action committee, the Washington Affordable Housing Council, play an active role in Washington state elections, pouring a significant amount of time, energy and resources into ensuring the election of pro-small business and pro-housing candidates that support the building industry and the continued economic growth of the state. Select critical issues at the state level include:

NAHB has the grassroots strength of over 235,000 members to defeat excessive regulations and defend affordable housing initiatives on Capitol Hill. During the 115th Congress, we are asking federal policymakers to move forward on a number of important issues. These are select issues that we are asking federal legislators to take on:

I am an OMB Member because…. 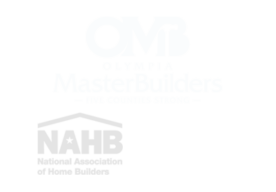